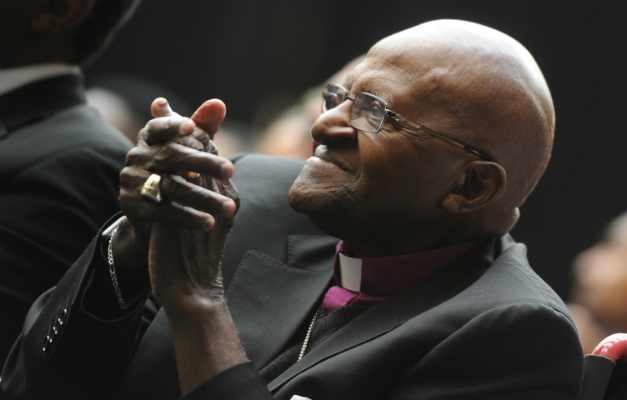 Melanie Verwoerd: Why I fear for South Africa

This past weekend was filled with many commemorations. On Sunday it was 21 years since the adoption of our Constitution. It was also 33 years since Archbishop Desmond Tutu received the Nobel Peace Prize.

Watching a recording of our beloved Arch giving the acceptance speech in December 1984 brought me close to tears. It was of course still during the height of apartheid, with a state of emergency about to be declared.

The Arch, so much younger and full of energy, told a few jokes as he always does. Yet, his anger against the destruction of humanity caused by that system shone through his speech.

At the time, there seemed little hope that apartheid was ever going to fall. I could not help wondering what the Arch would have said if he had known that 10 years later, we would have a new Constitution, a democratically elected Parliament with people such as Joe Slovo, Walter Sisulu and Govan Mbeki, and that Nelson Mandela would be our president. I am sure he would have given one of his joyous laughs and little dances.

In two days the country will hold its breath as the ANC decides, not only on its next leader, but also the future of our country. We will finally know which faction is to win the soul of this once majestic liberation movement.

I am not someone who scares easily. But I am scared. Very scared.

Even though so many people (also in the ANC) say that it doesn’t matter any more who wins, I think it does. A lot.

The 5 000 delegates at Nasrec will have to choose between the true values of the ANC or a valueless zero sum game. A choice between non-racialism and an increase in racial tensions, between economic growth and further decline, and between hope and despair for the majority of people in the country.

Two events happening simultaneously this past Saturday seem to symbolise these choices very clearly. The one was the funeral of Robben Islander and struggle veteran Laloo Chiba. The event was deeply moving.

Of course, it celebrated the courageous and principled life of an extraordinary man. But it was also a reminder of what the true ANC was all about. Speaker after speaker spoke about the principles, values, inclusiveness, courage and service to the people that the ANC used to stand for.

In contrast, at a Women’s League rally in KZN the speakers illustrated what was wrong with the ANC of late. They arrived in their posh black vehicles and repeatedly attacked the judiciary, scored cheap points against other ANC leaders and made constant racial references. Above all, they protected a leadership and organisational culture that is deeply corrupt and seemingly deaf to the suffering of their electorate.

Watching these two events on TV, I could not help but fear for the ANC and, by extension, for the country.

Many want us to believe that Cyril Ramaphosa and thus the “good” guys in the ANC will win for certain. They claim that the mere fact that Ramaphosa has been able to get so many nominations and that the race is so close is a sign of a healthy ANC. I would argue the contrary.

Nkosazana Dlamini-Zuma is an unlikely leader. Yes, she is a good technocrat, but she lacks the charisma and energy that one would expect from the next leader of the ANC and country. And then, of course, there is that pesky ex-husband connection as well.

Ramaphosa should have been an absolutely sure win, given the tradition of electing the deputy president to the highest office, his personality and history in the movement. Instead, the race is extremely tight and two candidates are head to head.

So rather than a sign of a healthy democracy, the closeness of the race just provides further proof of the deep trouble the ANC is in.

I really hope that over the next week the 5 000 ANC delegates will be brave enough do the right thing. To withstand the temptations of huge amounts of money, to reject intimidation and cheap rhetoric for the sake of the ANC and also the country.

Because no matter how excited many people are at the idea of a weak and defeated ANC, it does not bode well for stability in this country.

We need a strong centre and the likelihood of any opposition or new party being able to gain enough support to provide that in the next few years, is almost zero.

But as I was watching Laloo’s funeral I could not shake a sense of doom. Because unless something dramatic happens, it is very likely that the 54th ANC conference will also bury the organisation of Oliver Tambo and Nelson Mandela just two decades after it brought freedom and hope to this country.

– Melanie Verwoerd is a former ANC MP and South African Ambassador to Ireland.

Disclaimer: News24 encourages freedom of speech and the expression of diverse views. The views of columnists published on News24 are therefore their own and do not necessarily represent the views of News24.