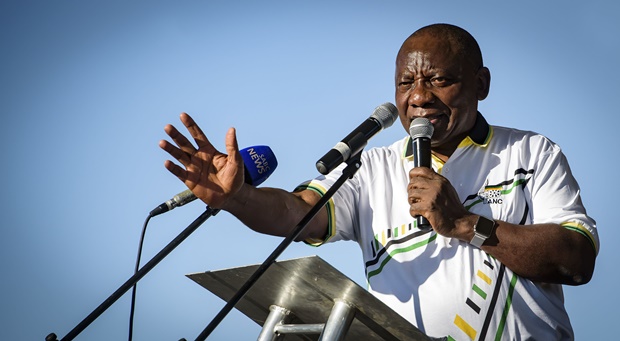 As the Save South Africa campaign, we welcome the fact that the ANC is now led by a person of integrity, and who has respect for the Constitution. These, in our view, are the two most important qualities needed now – not just to lead the ANC out of the darkness into which Zuma took it, but to lead South Africa back to the path of respect for the rule of law, the protection of our sovereignty, and true inclusive growth.

Some people believe Save South Africa is a single-issue campaign to get rid of Zuma. If that was the case, we could have closed shop on 18 December and said: We are victorious.

But there is much more to our struggle than getting rid of Zuma.

We now need to work together – civil society, political parties, government, faith-based organisations and business – to truly Save South Africa. That means rolling back the contamination of our society by the architects of state capture, and putting in place mechanisms that will get our beautiful country back on the right track, and make us proud of our national flag.

As a start, we believe there must be no hesitation in mobilising your national executive committee (NEC) to recall Zuma and get rid of the many rotten apples that he and his family have surrounded themselves with – such as the Gupta family, and the likes of Roy Moodley and others.

It is critical that this is done swiftly, and must surely be your first priority in office, as it will mark the start of real change – particularly if accompanied by the removal of all Gupta deployees from Cabinet.

We understand that this process may be complicated by the fact that some of those who are at the centre of state capture form part of your new leadership collective. But we urge you to act swiftly to create confidence in your leadership by using the ANC constitution to deal with all those who have brought the organisation into disrepute.

But above and beyond that, we today offer a set of “minimum demands” which were developed within civil society and which have gradually gained momentum as a blueprint for a post-Zuma society (which must surely be your main focus).

• An immediate judicial commission of enquiry into state capture and appropriate action against all those found to be involved in this and other corrupt activities.

• The restoration of credibility in the criminal justice system, and all institutions that are crucial in the fight against corruption. These include the Hawks, the national police service, the NPA and the intelligence services.

• Public affirmation of the independence of the judiciary and the integrity of Chapter Nine institutions, as well as a commitment to ensure these bodies are properly resourced.

• The appointment of credible leaders in key economic institutions that are linked to the fight against corruption. These include National Treasury, SARS, the Chief Procurement Office, the Public Investment Corporation, the Financial Intelligence Centre and other economic ministries.

• Full investigations into corruption and misgovernance in state-owned companies and parastatals, followed by the removal of boards, CEOs and management found to be corrupt, and their replacement with reputable and experienced leaders.

• Finally, we insist that Zuma and the Guptas must not be allowed to leave South Africa. Their passports must be revoked until investigations around them are finalised.

In the medium term, we firmly believe South Africa also needs urgent action to address the inequalities that existed under apartheid – particularly in relation to poverty, social welfare, unemployment, land and ownership of the economy – and to address issues such as racism, patriarchy and sexism head-on.

Without this, Comrade President, we will never truly be free.

We well understand that you will have to balance the need for societal change with the rough and tumble internal dynamics of the ANC, and in particular the need for real unity so that the movement can act with purpose.

But in our view, these issues are much more important than internal party dynamics. The damage caused to South African society during the Zuma era – including the sale of our sovereignty, the looting of billions from the public purse, and the total collapse of the criminal justice system – is too great to be side-tracked by people who talk of unity but operate as self-serving factions.

In conclusion: we believe your term in office will only be strengthened by a sincere, structured engagement with civil society around joint solutions for South Africa. We believe the same applies to other interest groups who have exposed the rot (such as the media) and offered solutions (such as the ANC stalwarts and veterans), not to mention the ANC’s alliance partners who have played a key role in speaking out, and the increasing role that Parliament has played in ensuring the crooks from Eskom, Prasa and other state-owned companies are held to account.

We trust that this is where you will seek real unity – in building the kind of society where there is respect for the views of others, and where society works together to protect the rights of the vulnerable, to promote true social justice, and to ensure that we are all able to enjoy the values in the Constitution that you helped craft to take us out of apartheid and into an equitable, democratic society.

If that is to be your approach, we are ready to assist. Not to promote you, or to promote the African National Congress, but to ensure we do whatever we can to Save South Africa.

Here is the ANC's new top 6

Can Ramaphosa broker a deal to avoid becoming a one-day-special?