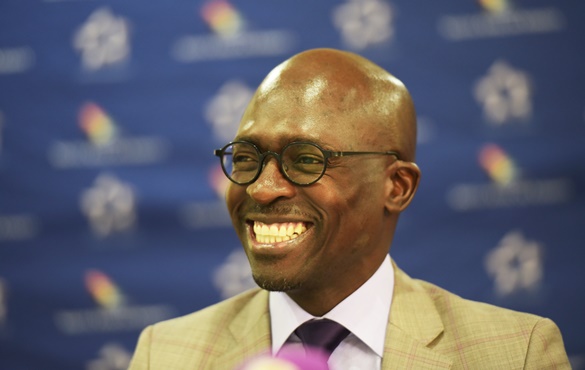 Johannesburg – Details of how government will finance free higher education for poor and middle class students will only be announced at the National Budget in Feburary 2018, said Finance Minister Malusi Gigaba.

Gigaba spoke to journalists following the Progressive Business Forum breakfast at the start of the ANC’s 54thnational conference on Saturday.

Earlier on Saturday the Presidency announced that free higher education will be made available to students from households with a combined annual income of R350 000.

Gigaba said that the president’s announcement comes following a process of the commission established a few months ago. “At the budget we will make an announcement on how we are going to deal with this issue.

“We have indicated that we are going to complete our fiscal consolidation programme in terms of which will be announced in the budget including outlining ways of funding fee free higher education in a fiscally sustainable manner,” he emphasised.

“So we will announce the detail in the Budget 2018. We can’t provide any details at this present moment.”

Gigaba said that Treasury had been engaging with ratings agencies about the decision on higher education. “If you remember that in the MTBPS we flagged Higher Education and National Health Insurance as budget risks and we knew that they could materialise one way or the other and so we are working through the budget process to address all of those issues.”

Managing director and partner of Goldman Sachs in South Africa, Colin Coleman said that Zuma’s announcement was a noble decision, but the affordability is not known.

“Given the huge fiscal constraints on South Africa, one questions the ability of the State to make room within the fiscal ratios set out in the medium-term budget statement which need to be evidenced in the February Budget Speech.

“Ratings agencies, the business community and the student community as a whole should watch carefully what the implications of the announcement are for the affordability and financing of this when it comes to the budget statement in February.”

Coleman explained there is “very little space” in the Budget without considering free education. This announcement means there will be significant trade-offs.There are a number of pressures on the fiscus, such as the raising of taxes, and corruption, which are creating questions that need to be answered, he said.CEO of Investec Banking South Africa Richard Wainwright also questioned on Saturday whether government can afford free higher education to students from poor and working class homes, in 2018.

“I’m pleased to hear about that (free higher education) but my only question would be how can we afford it”, he told Fin24 on the sidelines of the business breakfast ahead of the ANC’s national conference.

Wainwright said he didn’t have details if Zuma’s announcement forms part of the medium term budget speech and if the extra expenditure has been budgeted for.