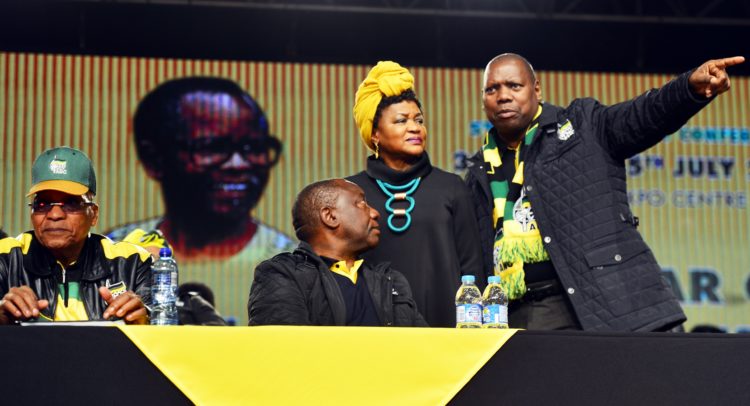 Baleka Mbete not a ‘Zuma person’

Presidential hopeful and ANC chairperson Baleka Mbete has come out swinging against claims that she is a “Zuma person”, saying that the claims are unfounded and unfair.

“I want to place it on record that I am neither owned nor controlled by anyone.

“My approach has always been to consult politically and legally and balance any decision-making process with the political mandate and ultimately decide in the best interest of the majority in our country,” Mbete said.

“I regret that there could be people out there with perceptions that I am willing to go down with anyone.”

City Press understands that Mbete’s presidential campaign is undergoing serious reform as she looks to revive it and win over some lost ground.

Rejecting the perception that she is a protector of the president is just one way in which Mbete looks to inject some energy back into the campaign.

Mbete hopes to get the top job when the ANC goes to its elective conference in December.

But she will have to battle it out with six other contenders, including former African Union chairperson Dr Nkosazana Dlamini-Zuma, Deputy President Cyril Ramaphosa, Lindiwe Sisulu, Jeff Radebe, Mathews Phosa and ANC treasurer-general Zweli Mkhize.

In an email response to City Press, Mbete said everything she had done was for the ANC.

“I have offered the same political and governance support as is required from all deployed members of the ANC and its alliance structures.

“I have done everything never to define myself outside of the policies, discipline and decisions of the ANC,” she said.

“I discourage personality cult and will therefore never promote myself or any other leader above and at the expense of the ANC.

“I maintain that I respect discretionary powers of the president and similarly respect the right of the ANC Women’s League to nominate any member for any position.”

This week City Press was invited to attend a strategy session in Johannesburg. The meeting was attended by Mbete’s supporters representing all five Gauteng regions, as well as members of the national campaign team.

It’s understood that similar structures exist in other provinces as well.

Mbete’s lobbyists told City Press that a major challenge for their campaign was financial in nature. They said that they were running their campaign on a shoestring budget, which made it difficult to be visible at all times.

Despite this, the campaign was well under way and a slate had already been compiled, they added.

“She [Mbete] is very comfortable with Zweli Mkhize [current ANC treasurer-general]. She feels that he is not arrogant and that they have the same approach when it comes to unity within the organisation.

“Mama has a soft spot for Lindiwe [Sisulu], but she is arrogant and it is difficult to engage her. We want people who are willing to compromise and have openly denounced NDZ [Nkosazana Dlamini-Zuma],” a lobbyist said.

“Our approach for now is that she [Mbete] is president; Zweli [Mkhize] is deputy; [Fikile] Mbalula is secretary; Lindiwe [Sisulu] is chair (or Thandi Modise in the event that Lindiwe is not interested); Paul [Mashatile] for treasurer; and deputy secretary-general is open.

“There is a flexibility with the positions of chair, treasurer-general and deputy secretary-general, but in fact all positions are fluid and open to discussion.”

Members of Mbete’s camp said preference about who should be elected into the national executive committee should be given to young people and women, but a list was yet to be compiled.

They added that compiling such lists ahead of the ANC elective conference sowed unnecessary divisions.

It’s also understood that Mbete will be meeting with the collective of ANC chairpersons who are looking to compile a slate which would prevent contestation at the December conference.

The chairpersons include those from the Free State, Gauteng, Mpumalanga, North West and KwaZulu-Natal.

How much do you know about the ANC's presidential race?